← more from
Spotted Peccary Music | Progressive Ambient Electronic
Get fresh music recommendations delivered to your inbox every Friday.
We've updated our Terms of Use. You can review the changes here. 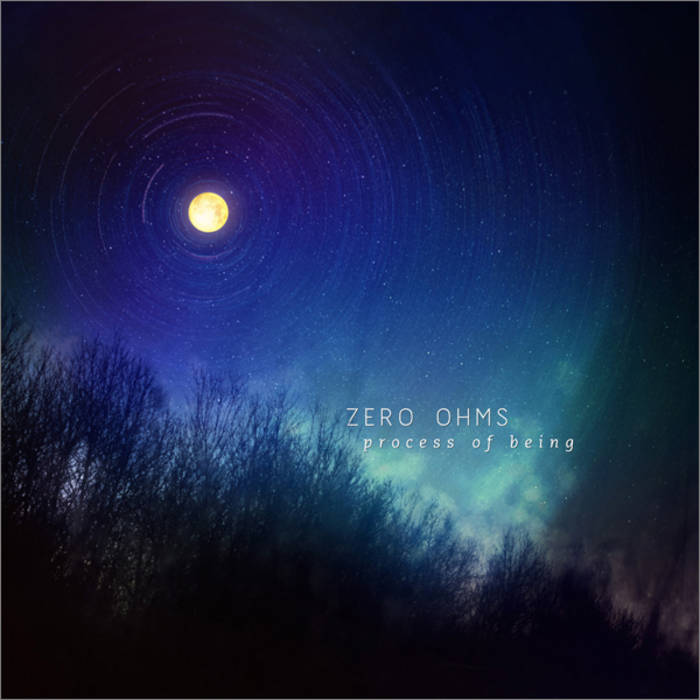 
Following three masterful collaborations with Craig Padilla on the Lotuspike label, Zero Ohms (aka Richard Roberts) returns with PROCESS OF BEING, a new ambient solo work of floating, etherial, luminous and expansive spacemusic. With his flutes and wind synthesizers in tandem, Zero Ohms brings forth billowing spaces that ascend and gently fall, effortlessly altering the listener’s sense of time and space. This brilliantly subtle, beatless environment breathes with a sense of infinite presence, leaving both the past and the future elsewhere.

The album’s six tracks are well-developed, patient, deep and probing, seeping into, and shifting the frequencies of awareness. Through it all, the reigning atmosphere of peace and open space is evident everywhere, and the relaxing result serves as a soothing reminder of the joy of stillness and serenity, especially when painted from such an expansive sonic palette.

In speaking about this album, Richard shares “I have tried to establish a sense of infinity and freedom, and the sense of timelessness that seems to come with it.” Even the track titles suggest an internal encounter with the infinite; from the koan-inspired “The Approach of Nothingness,” to the Lost Horizon literary reference of “Glimpsing the Eternal,” or “The Process of Being There,” a reference to Peter Seller’s masterpiece Being There, a film about an existence which is only as long as the present moment.

The music on PROCESS OF BEING was created through a skillful blend of acoustic and electronic instruments and effects, but without the actual use of keyboards in any of the process. Synths were instead played via an electronic wind-controller, and of course the masterful flute textures that are the trademark of any Zero Ohms release are in full bloom throughout, lending an underlying rhythm of breath to the album and giving the electronics a very natural, organic feel.

Other Albums by Zero Ohms

WHEN THE EARTH IS FAR AWAY (with Craig Padilla):
ambientelectronic.bandcamp.com/album/when-the-earth-is-far-away

BEYOND THE PORTAL (with Craig Padilla):
ambientelectronic.bandcamp.com/album/beyond-the-portal

Bandcamp Daily  your guide to the world of Bandcamp